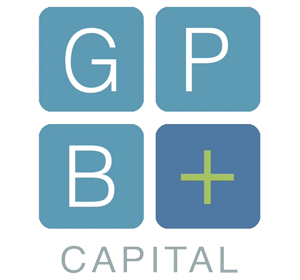 Investors who invested in with GPB Capital Holdings LLC (GPB) or many of the independent broker-dealers that sold GPB private placements are more than likely licking their wounds incurred in 2018.  According to its website, GPB is a New York-based alternative asset management firm focusing on acquiring income-producing private companies in various industries, notably the automotive retail sector. Since 2013, GPB, with the help of 4,000 retail investors, raised ~$1.3 billion via its GPB Automotive Portfolio and GPB Holdings II funds (GPB Funds), purchased automotive dealerships in New England, Pennsylvania, New York and Texas.

Investors were lured by attractive investment returns offered GPB and the many other broker dealers who sold the GPB Funds. Brokers were motived to sell the GPB Funds because they earned an 8% commission. In the aggregate, brokers received more than $100 million in commissions.

In July 2017, GPB sued its former business partner who allegedly reneged on a sale of multiple care dealerships in the New York metropolitan area, where among other claims, GPB sought the return of $42 million it had paid to the former business partner. While litigation continues, other problems for GPB surfaced in 2018:

According to WealthManagement.com, the State of Massachusetts investigation was prompted by an anonymous tip from an independent firm that GPB Capital Investigation missed important SEC filing deadlines, which were required due to size of the GPB Funds. According to InvestmentNews, among the 63 independent broker-dealers cited in the Massachusetts investigation were Royal Alliance Associates Inc., Sagepoint Financial Inc., FSC Securities Corp. and Woodbury Financial Services Inc. In addition, its believed that Newbridge Securities, Ladenburg Thalmann and Hightower Securities also sold GPB Funds.

The GPB Funds are private placement investments, which can be very complex, risky and not suitable for retail investors. Private placements are only available for accredited investors, which is an investor with over a $1 million net worth (individually or jointly, excluding residence), or income greater than $200,000 (or $300,000 for joint income) for the preceding two years and earning the equivalent in the current year.

Individual brokers licensed with the Financial Industry Regulatory Authority (FINRA) are required to adhere to various rules, laws and regulations when recommending the purchase, sale or hold of a security. Moreover, the brokers employing firms are required by law to supervise the brokers activities. Unfortunately, some brokers, possibly motivated by high-commissions private placements like the GPB Funds, may have run afoul of industry rules, laws and regulations in a myriad of way. They, along with their employing firms, may be liable to you for your investment losses in GPB Funds.

If you are an investor who has any questions related to the handling of your investments in the GPD Funds or any other private placement, please call the Investment Loss Recovery Group at 1-800-856-3352 for a no-cost consultation and portfolio review.  You can also visit us at investmentfraudlawyers.com or www.htattorneys.com, We handle cases nationwide. No Recovery, no Fee.