The GPB Capital share price saga continues to get worse for investors. The most recent announcement from GPB Capital is that its two largest investment funds (GPB Holdings II and GPB Automotive Portfolio) are now reporting substantial declines in the value of 25.4% and 39%, respectively.

Given what has transpired over the past year, investors in these two funds and those investors with any material exposure to GPB Capital investments should view this most recent report with great scrutiny. Over the past year, the GPB Capital story has not been a very positive one for investors. Multiple regulatory agencies have initiated fraud GPB Capital investigations, there have been allegations of falsified financial statements, the GPB Capital auditors were terminated, allegations of bogus financial data have been raised and that’s not all as pending litigation involving a former executive includes numerous troubling allegations including a reference to GPB being a Ponzi scheme.

Why and how do so many public investors own so much GPB Capital?

Make no mistake, GPB Capital private placements were marketed to public investors in most cases through professional financial advisors who earned commissions as high as 8% in selling these investments to unsuspecting public investors. So the answer is quite clear in many cases, it was greed. 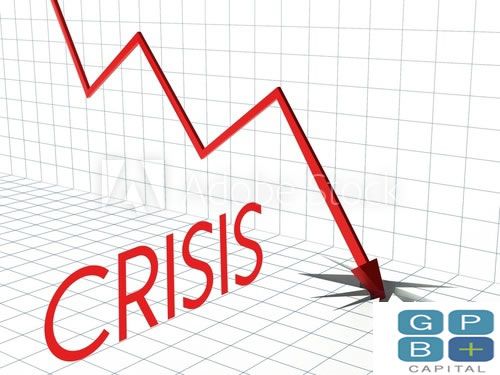 Now, it appears the proverbial other shoe has dropped. GPB has recently reported that its two largest investment funds have suffered substantial declines in value. As a result, GPB certainly has its problems, some of which are becoming clearer, band the broker-dealer firms, as well as the professional financial advisors who were responsible for the due diligence, the monitoring, the reporting, the recommendations also now, appear to have their share of problems as well.

It appears for some public investors, even now when they are trying to move away from the firms and advisors who are responsible for the flawed due diligence, negligent monitoring, unsuitable or inappropriate recommendations, and negligent supervision, they are stuck in some cases. Some financial institutions such as Fidelity Investments appear to have refused to accept GPB securities via transfer from other broker-dealer firms and have begun discussing whether to remove GPB investments from their platform.

With up to 60 independent broker-dealer’s firms and thousands of professional financial advisors selling GPB investment funds over the past several years, the net effect here could be a massive loss for public investor customers all over the country. Well-known broker-dealer firms including Sagepoint Financial, Dawson James, and Woodbury Financial have marketed and sold the GPB investments to their clients.

Haselkorn and Thibaut, InvestmentFraudLawyers.com, specialize in fighting for investors nationwide and have offices in Florida, New York, North Carolina, Arizona, and Texas. We have over 50 years of experience and a 95% success rate.   Call us now for a free consultation at 1-800-856-3352 or email us at [email protected] No Recovery, no fee.
Scroll to Top