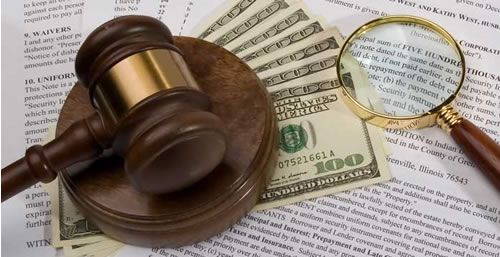 William Galvin, Secretary of the Commonwealth in Massachusetts, has charged Janney Montgomery Scott claims with high trading activities and churning high-fee mutual funds in a complaint that was filed on the 7th of May 2019.

In the complaint, a former representative of Janney, Stephen Querzoli, from June 2012 to November 2018, he was selling Class A shares and using the proceeds to buy other Class A shares within short time intervals. Those transactions alone generated commissions and fees to the tune of $192,055.21.

Galvin is trying to get an order to sanction Janney Montgomery with a fine and make the firm pay restitution. If the firm is found liable for those charges, it may need an independent consultant to do a review of its procedures and policies on short-term trading of Class A shares.

According to Querzoli’s BrokerCheck report, from June 2012 to December 2018, he was registered with Janney Montgomery Scott, but currently, at the time of this report, he is not registered as a broker.

The complaint also mentioned that Querzoli’s trading activity was so high in volume that Janney reportedly launched an investigation into his trading practices in August 2015. Furthermore, it was alleged that he ignored his branch manager’s suggestion to buy more C shares for his customers. The investigation was closed in June 2016, and nothing more was done.

The Investigation into Securities Fraud with Janney Montgomery Scott


Haselkorn & Thibaut P.A. is launching investigations into about the liability in Janney Montgomery Scott as a result of not supervising Querzoli properly.

Usually when there is a violation of securities laws by a broker, e.g. trading or churning an account excessively, if there are investment losses, the brokerage firm they are working with may be the one to bear the brunt of the loss through FINRA Arbitration.

In all the 50 states of the United States of America, including Massachusetts, we have investors in FINRA arbitration claims that we represent. Our attorneys also have an excellent track record of recovering millions of dollars from.liable firms including Janney Montgomery Scott.

If you are an investor who has used the services of Janney Montgomery Scott or Stephen Querzoli and you are worried about your investments, the number to call for a free consultation with our securities fraud attorney is 1-800-856-3352.