Last month the SEC ordered GPB Capital Holdings into receivership to help return investors’ funds. This comes right after FINRA fined two broker-dealers for GPB Capital Holdings Sales this week. For over 3 years now, GPB Capital investors have been getting more and more bad news. A large number of them have filed lawsuits (FINRA) to recover losses.

Investors are encouraged to call 1-800-856-3352 to receive their free “GPB Capital Investors Guide.” The guide helps investors understand the investigations and options to recover investment losses.

The investigation into GPB continues and our investment fraud attorneys continue to investigate and closely monitor GPB investments for our clients. Last summer GPB Capital Holdings announced that it would not be providing Schedule Cs and required tax documents for investors. This comes after the change of the CEO, an additional lawsuit by the former CEO, and the arrest of GPB’s Compliance officer for obstruction of justice.  The case is currently delayed because of the coronavirus.

A GPB Capital class action lawsuit against GPB was registered in a Texas US District Court. The Plaintiffs, in this case, alleged that GPB Capital Holdings was operating a Ponzi scheme. Ponzi schemes always fail at the cost of investors’ substantial losses. It is alleged that GPB Capital Holdings tried to cover up the scheme, and it’s an inevitable failure by telling investors that they would receive continuous returns amounting to 8 percent of their initial investment. GPB said it would pay for investors by income generated from the private partnerships.

Unfortunately, when investors failed to be paid, GPB argued that the returns/income would be distributed based on the partnership’s performance. Investors have said that much of their returns were their capital and that GPB Capital Holdings.

In other words, investors were saying that GPB Holdings was paying investors with new investors’ funds, thus the definition of a “Ponzi scheme.” A Ponzi scheme is where people are “promised” a return and paid money from other investors. Ponzi schemes have been around for a long time, and one of the most recent Ponzi schemes was by Bernie Madoff from New York, who stole over $17 billion. Modern times and financial oversight have limited people from making a traditional Ponzi scheme. Unfortunately, there are legal loopholes that a bad actor can do. Investors that are worried about investing in a Ponzi scheme should consult a third-party investment lawyer.

Investors have seen GPB raided by the FBI, investigations by FINRA, Ponzi scheme allegations, and many more allegations raise serious concerns. Most investors were unaware of the losses until they received notices from their broker-dealers. Even more shocking was when investors couldn’t sell their GPB Capital funds.

What is GBP Capital?

GPB Capital Holdings was founded by David Gentile in 2013 and is headquartered in New York City. The company is a New York-based alternative asset management firm that is believed to have raised 1.8 billion dollars in capital for several funds. GPB Capital Holdings (“GPB”) purportedly invests in (among other industries) waste management and automobile dealership businesses. GPB is under investigation by the Financial Regulatory Authority (FINRA), the United States Securities and Exchange Commission (SEC), the Federal Bureau of Investigation (FBI), and several states and/or local regulatory agencies (in Massachusetts and New York, and perhaps others as well). According to GPB, it raised $1.8 billion from investors and reportedly paid out more than $165 million in commissions to brokers and financial advisors that recommended GPB funds to investors.

David Gentile has been accused by investors of setting up a Ponzi scheme and connections to a Russian crime figure. Federal court records of the GPB class action lawsuit allege David Gentile was paying current investors with new investors’ money. The complaint alleges that a majority of the $1.8 billion GPB generated went into the company’s owners/principles.

Unfortunately, the value of GPB’s investment funds appears to have dropped rather dramatically in recent months as the company continues to miss filing deadlines and is accused of being a Ponzi-like scheme in various pending litigation matters. Whether or not the funds are even currently worth the value reported by the company as the sponsor remains to be seen and has not been verified as of yet by any outside auditor firms.

As an investor, you may want to begin by reviewing the basic information and records that you have in your files, including your emails, correspondence, account statements, and signed agreements, or other written materials. 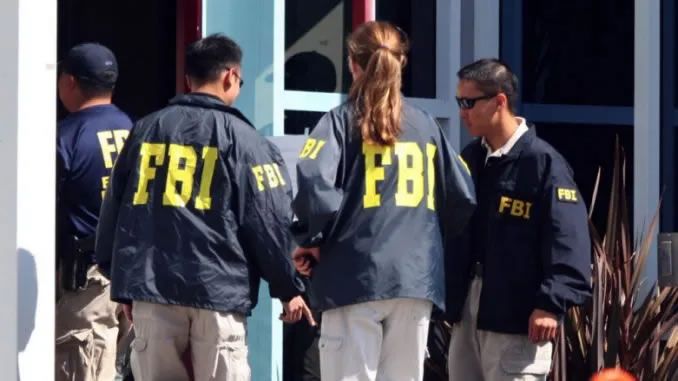 Investors may have several reasons to be concerned about their GPB investment funds. As noted earlier, there are pending GPB investigations by FINRA, the SEC, the FBI, and several state and local regulators, along with pending lawsuits in multiple jurisdictions:

After over a year, investors are still left asking what were those perceived risks and what exactly does it mean to investors if they fell outside of the auditor’s internal risk tolerance?

GPB has never directly addressed these issues for investors. The financial advisors making recommendations to investors to continue to “hold” their GPB investments have no additional information to answer these questions.

In those allegations, information (from 2016) appeared to suggest conflicts of interest, including investor funds potentially being utilized for personal business interests. The alleged whistleblower’s opinion appeared to be that GPB funds should not have been approved for sale to retail investors on the broker-dealer firm’s platform. See: Toni Caiazzo Neff v. PKS Holdings, LLC et al E.D. Pa. 18-cv-01826.

In June 2019, National Financial Services, one of the largest clearing firms in the United States, reportedly removed GPB from its platform and gave clients only 90 days to move those investments to another custodian firm. The decision to remove GPB Funds from the National Financial Services platform was purportedly made because GPB has “no clear value.” A GPB executive was quoted (anonymously) to clarify that “…just because the custodian and clearing firm don’t have a value doesn’t mean there is no value in the security.” See Investment News, on 6/17/19, Fidelity’s National Financial Raises More Questions About GPB Private Placements. Such statements do not appear to be enough to calm most investors in light of the list of other prior events.

Later in June 2019, GPB informed investors that updated valuations had decreased even further, some by another -25%.

Despite these declines and negative events, many financial advisors continue to try to tell a positive story but based what facts or evidence, it’s unclear. Has your financial advisor contacted you to review the investment holdings and discuss the status after this additionally reported decrease in value (as reported by the sponsor) or to share with you that the National Financial Services and other custodian providers are removing GPB Funds from their platform?

For brokers and financial advisors with a strong financial incentive to recommend clients invest in GPB, the question is often whether the broker-dealer firm properly and adequately reviewed the investment, properly approved it as a potential new product and whether or not the individual financial advisor performed his or her due diligence properly to determine that the investment was suitable at the time it was recommended. Similarly, did it becomes unsuitable for the investor over time?

For those investors relying upon a financial advisor that owed a fiduciary duty, the applicable standard is higher, as they are required to put the client’s interests ahead of their own at all times. The question in those cases may be whether the financial advisor had a conflict of interest or otherwise breached his or her fiduciary duty by stepping in front of the client’s best interest as a result of the commission structure of GPB Holdings.

“Financial advisors and brokers have legal and regulatory responsibilities to adhere to the rules and regulations of the securities industry.”

Financial advisors and brokers have legal and regulatory responsibilities to adhere to the rules and regulations of the securities industry. Financial advisors and brokers recommending GPB investments to clients also had a duty to continue to monitor these investments as the information above has come to light. What did they know, what did they recommend, and when did they recommend it to retail clients, and what exactly were those recommendations based upon? Were the representations fair and balanced in terms of risk disclosures?

What investor clients were (or were not) told at the time of the recommendation and, later, as that information has unfolded, may also be a material issue.

Brokers and financial advisors also have a responsibility to conduct an investigation. Due diligence includes an initial investigation into the GPB investment: and that includes potential benefits, risks, and tax consequences, as well as a review and investigation of GPB itself, the underlying business, the history of the company or business as well as key individuals, and other relevant factors, including any actual or potential conflicts of interest.

Appropriate due diligence would further identify issues that concern investors (compared to other potential investments), including high costs, high commissions, illiquidity, and conflicts of interests that would make the investment not suitable for retail investors or certain classes of retail investors such as retirees, elderly investors, etc if the investments are long-term and illiquid in nature, that more than likely would not suit the investment objectives, needs, or goals of an elderly or retired investor in many cases.

There may also be issues as to whether due diligence files were properly updated as material issues, including those noted above, were made public or could have been discoverable by the firms.

What Should GPB Capital Investors Do?

First, be aware that an investor has a limited time window to recover losses. There is a potential statute of limitations and potential FINRA customer dispute resolution rules, including a potential six-year eligibility rule. Finally, there are practical considerations in cases where investors are aware of losses and potential claims but choose to delay taking action. As with any investment fraud or Ponzi scheme, it is critical to take action.

At Haselkorn and Thibaut, InvestmentFraudLawyers.com, our attorneys specialize in helping investors maximize the recovery of their investment losses. We have substantial experience pursuing claims against brokerage firms and financial advisors on behalf of investors nationwide. If you purchased GPB and you have realized or unrealized investment losses, you should consult an attorney. Our attorneys are available as public service to review your investment accounts and counsel you, and answer your questions at no charge.

Many investment companies have declared bankruptcy and left their investors holding the bag. There is a limited time window for an investor to recover losses.

At Haselhorn and Thibaut, our attorneys specialize in helping investors recover losses in GPB Holdings. We have substantial experience pursuing claims against brokerage firms and financial advisors on behalf of investors nationwide.

Haselkorn and Thibaut, InvestmentFraudLawyers.com, specialize in fighting for investors nationwide and have offices in Florida, New York, North Carolina, Arizona, and Texas. We have over 50 years of experience and a 95% success rate.   Call us now for a free consultation at 1-800-856-3352 or email us at [email protected] No Recovery, no fee.