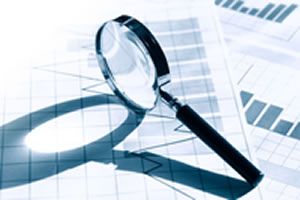 Haselkorn & Thibaut, a nationwide investment fraud law firm, has filed claims on behalf of numerous GPB investors and is currently investigating numerous potential claims against a great many broker-dealer firms that sold GPB Capital.  Aegis Capital Corp is one of over the 60 plus broker dealer firms that sold GPB Capital investments to investors.

Aegis Capital Corp is New York based broker dealer founded in 1984. With 34 Regulatory disclosures appearing on the FINRA Brokercheck.  Some notable points based on a review of FINRA brokercheck include:

In 2016, Aegis Capital Corp appears to have submitted an offer of settlement and consent to settle a disciplinary proceeding before the NYSE. Agreeing to a censure and monetary fine without adjudication or admission or denial of any allegations related to the issue of whether the firm’s supervisory system provided for supervision reasonably designed to achieve compliance with applicable securities laws and regulations.

In 2016, Aegis Capital Corp also appears to have submitted an offer of settlement and consent to settle a disciplinary proceeding before the NASDAQ. Agreeing to a censure and monetary fine without adjudication or admission or denial of any allegations related to the issue of whether the firm’s supervisory system was reasonably designed to achieve compliance with certain applicable securities laws and regulations.

In 2014, Aegis Capital Corp appears to have paid a $950,000 monetary fine as a FINRA regulatory censure related to a sale of microcap stocks by customers that involved a failure by the firm (and its chief compliance officer) to properly establish, maintain and enforce a supervisory system, including written supervisory procedures reasonable designed to achieve compliance with regulations, and which also included inadequate inquiries into various red flags.

In 2013, Aegis Capital Corp appears to have had an issue with the Florida securities regulators relating to an alleged failure to adequately follow its own written procedures relating to advertising a particular investment in violation of Florida and FINRA regulations, that resulted in a monetary fine.

While Aegis Capital Corp has had its own issues over the years, GPB Capital investors received more bad news this month that a former business partner is alleging GPB financials were being handled as a “ponzi-like” scheme. This comes after a massive decline in value was reported by GPB Capital and on the heels of a raid by the FBI, investigations from the SEC, FINRA, and the State of Massachusetts.

GPB Capital sued its former business partner who allegedly reneged on a sale of several dealerships in the New York area. GPB is seeking the return of $42 million GPB had paid to the former business associate. Other litigation involving or relating to GPB is pending in New York as well as in Massachusetts. In addition to ongoing litigation in multiple jurisdictions, other issues GPB has been contending with include the following:

• August 2018: GPB announced no new investor capital would be accepted;

Many investors were lured by the seemingly attractive investment yield of GPB. In some cases the details related to the so-called yield were not accurately represented to some investors at the time they purchased their GPB investments. Initial investigations have uncovered high commission rates of over 8% that were paid to broker dealers and financial advisors that were leading many financial advisors to steer their clients to GPB Capital fund investments instead of other safer, more conservative and often more suitable, appropriate, and less risky investments.

As the GPB capital fund investments were private placement investments, they were not always suitable or clearly understood by retail broker-dealer customer investors. These types of investments are very complex, risky, illiquid and often not suitable for retail investors. In addition private placement investments should only be offered to investors that have over $1 million dollar net worth or greater than $200k annual income, and even under these circumstances they are often not clearly understood nor are the risks fully or properly disclosed at the time of the transactions.

There are time limits that may be applicable to investor claims – What Should GPB Capital Investors Do?

There is typically a limited time window for investors to be able to file claims to recover their losses.  Investors need to call a law firm soon to review their case and explore options.  At Haselkorn & Thibaut, P.A., there are a team of lawyers experienced in helping investors recover losses from broker-dealer firms based on investments similar to GPB Capital. We have substantial experience handling these types of claims and helping investors like you maximize your potential recovery against brokerage firms and financial advisors. We handle these cases on behalf of investors nationwide.